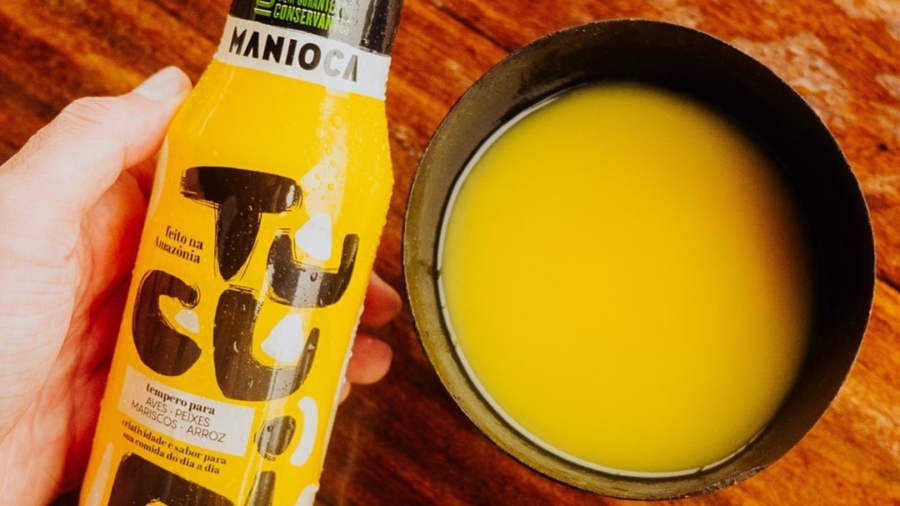 In September, the tucupi produced by Manioca will be one of the big stars of Sirha 2021, traditional French fair focused on gastronomic business. This is the company's bet to reach the French market and later the European one.

The intention is to repeat the successful strategy in Brazil, of initially working with chefs, cooks and restaurants to introduce Amazonian products and flavors to palates.

Sirha will take place from September 23rd to 27th in the city of Lyon, and Manioca will be represented by Du Brésil Au Monde, a company founded by two Brazilians in France, which works with other products such as açaí in the European market.

“This is the first fair we are going to participate in in France after we closed this distribution partnership. Our expectation is that it will be an introduction of Manioca in the French market. We participated in another fair there, in 2018, in person, and we already feel that the products have a lot of potential, especially in this kitchen area”, assesses Paulo Reis, managing partner of Manioca.

“This way of using the kitchen, restaurants, chefs and cooks to present a product was very successful here in Brazil. It is much easier for these professionals to present a new ingredient to the public, especially if they need some adaptation that pleases the taste of this public. Cooks do this like no one else,” he concludes

Manioca bets on presenting tucupi to the cooks as a Brazilian product, from biodiversity, which generates a positive impact for the Amazon and has a unique flavor.

Paulo says he has heard from many chefs that tucupi was the next frontier in flavor, in the sense of what still needed to be discovered in the world in terms of incredible flavors.

“One thing that boosted this trip to Europe, in terms of streamlining and organization, was the demand from several cooks for the product. Du Brésil Au Monde brought us an order for a cook, and we passed on to the company demands from chefs located in Germany, Belgium, Austria, England and in France itself who want the product, but Manioca couldn't make delivery possible. Now let's do it.”

The company also entered the tucupi in an innovation award from Sirha. Selected in the first stage, the product will now be appreciated by a jury, based on a face-to-face presentation, which will be carried out by Du Brésil Au Monde.

Manioca has already participated in an edition of the fair in Brazil, as it is an itinerant event. Now in Lyon, it will share a stand with six other companies (Alm Trading Company, Amazzon Gin, Bhars, Nutrilatino and Petruz Fruit), made possible in part with the support from APEX-Brasil (Brazilian Export and Investment Promotion Agency).

Applications open until May 4th.