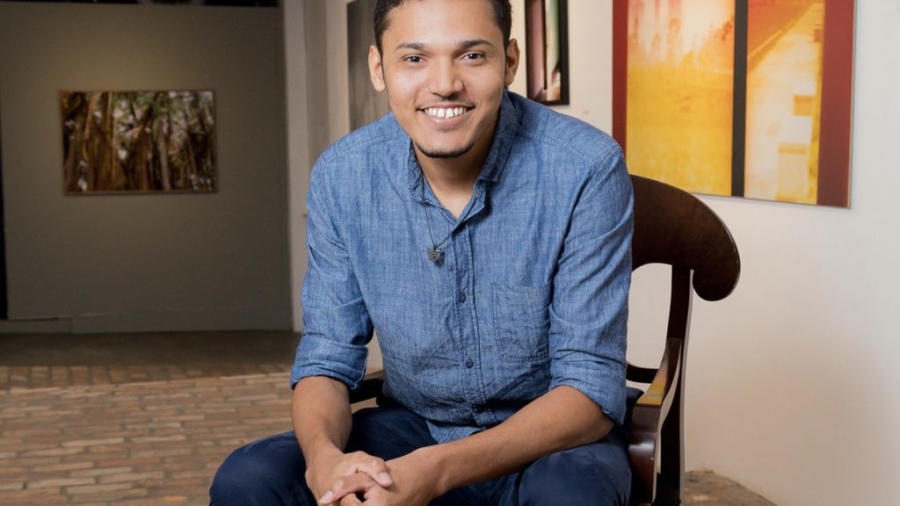 The GreenBiz Group selected Macaulay Souza, CEO of Onisafra – a business part of the Partners in the Amazon Platform's Acceleration and Impact Investment Program portfolio – as one of the 2020 leaders of the "30 under 30" (30 leaders under 30), which brings together, based on global research, emerging leaders from around the world in sectors that are shaping the next generation of sustainable business.

The honorees were nominated by GreenBiz readers and selected by the group's editorial team from hundreds of nominees. This year's list ranges from managers and CEOs to founders and CEOs. These young leaders, in the definition of the GreenBiz group, are driving important changes in their areas of activity. Macaulay is the only Brazilian, and also Latin American, to appear on the list, which brings together people from seven countries.

“We received a record number of nominations for our fifth edition of honorees, which helped the GreenBiz editorial team select our most diverse list to date,” says Heather Clancy, editorial director of the GreenBiz Group. “I am impressed by what these young professionals have accomplished in their careers and excited by what I am sure they will contribute in the coming months and years, especially as the world tries to solve the interconnected challenges of the climate crisis and economic inequality. .”

For Macaulay, being the only Brazilian, and an Amazonian on the list, ends up bringing relevance to the Amazon region, and not just in the individual sense. “It shows that the people who are here, developing real solutions for society, generate a real impact. And this recognition turns out to be quite significant. I feel a responsibility in this regard, at the same time I feel comfortable, because I know the work we've been doing. A whole team from Onisafra itself, but also people around who promote, programs, mentors, people within the government. All of this creates a necessary environment for us to stand out. ”

Onisafra's CEO believes that this type of international prominence brings more visibility to the Amazon region, providing an opportunity for other organizations to start paying attention not only to the company, but to the entire impact ecosystem involved. Which, according to him, is very important as it leverages more businesses with a positive impact in the Amazon.

Participation in the PPA Acceleration Program is the seal

A member of the 2019 cycle of the PPA's Acceleration and Impact Investment Program, Macaulay is in charge of Onisafra, a business that seeks to connect family farmers and final consumers through an online platform. At the same time, it serves the end consumer by offering baskets of products, companies and businesses that work in the food sector. And it operates in Manaus and São Paulo.

Idesam (Institute for Conservation and Development of the Amazon), coordinator of the Acceleration and Impact Investment Program of the Partners for the Amazon Platform (PPA), assisted Macaulay in the contact and interview process carried out by the members of GreenBiz, when information was checked and validated about Onisafra and the performance of its CEO.

For Macaulay, the Acceleration Program helped to systematize and professionalize the entire process of socio-environmental impact triggered by the business by offering dynamics with mentors, workshops and assisting in the preparation for attracting investment. Added to the mentors that the company already had and with the first investors, he evaluated that the Program was essential for the selection by GreenBiz.

“Participating in the PPA Program was crucial for us to have a certain recognition, in the sense of having gone through a program that has responsibility with the portfolio companies, and which is already recognized nationally and internationally. This gives everyone peace of mind, whether it's an investor, other development programs or this case of GreenBizz. It's a sign that we really follow the minimum standards of the PPA Program”, he analyzes.

About the Acceleration Program

O PPA Acceleration and Impact Investment Program stands out for being 100% dedicated to entrepreneurs working in the Amazon, as well as regional demands and realities. It is led by a group of PPA companies, coordinated by the Idesam (Institute for Conservation and Sustainable Development of the Amazon) and has strategic and financial support from USAID (US Agency for International Development), CIAT, Instituto Humanize and Fundo Vale. Considered the best acceleration program in the northern region of Brazil according to Anprotec, in two years of operation the Program has invested almost R$ 6 million in Amazonian businesses, bringing customized options adapted to different types of business, with a diversity of sources (private capital and philanthropic) and financial mechanisms.

THE Partners for the Amazon Platform (PPA) is an expanding organic collective action platform, led by private sector companies whose objective is to develop and identify innovative solutions for the sustainable development and conservation of the Amazon's biodiversity, forests and natural resources. It operates through four thematic groups (GTs): (1) Entrepreneurship, sustainable business and impact investing; (2) Bioeconomics; (3) Amazon Value Chains; (4) Territorial Management, conservation and communities.