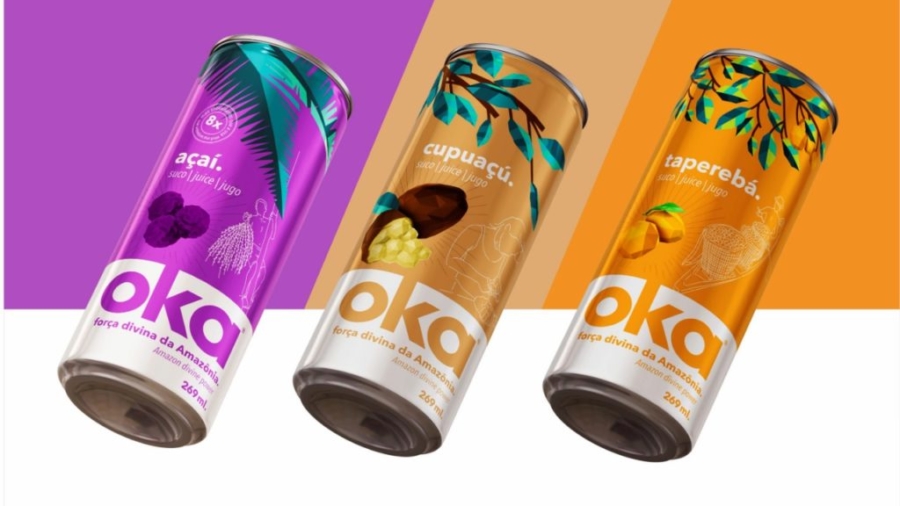 The cans already give you an idea of what's to come: the ok juice, a business that integrates the portfolio of Partners for the Amazon Platform Acceleration and Impact Investment Program, launches on the domestic market, by the end of 2020, three flavors of the series Juices from the Amazon: açaí, cupuaçu and taperebá.

Until now, Oka juices were sold in around 70 points of sale, with coverage in the Greater Belém (PA). Starting in the second half of this year, the new line arrives in the Southeast – Rio de Janeiro and São Paulo initially. Bruno Moraes, co-founder of the company, says that a pre-sale will guarantee the arrival of the first 45 thousand 269 ml cans in that market.

“We invested in product development during the pandemic. We use the resources made available by Acceleration Program Business Round to arrive at a product with competitive validity, which could reach all of Brazil. We soon realized that a lot of technology was needed, and we didn't have enough resources or need to invest in a large factory for that. We look for partners. ”

In the search for companies that could work in an outsourced way in partnership, in the stabilization and filling of juices, Oka found about four possibilities. And the one that best suited the process was Globalfruit, from Minas Gerais. To reach this direction, however, one point was essential: to define the best package and develop it.

The packaging chosen was the can, as it has less initial investment cost compared to Tetra Pak. Once the type of packaging was defined, it remained to develop an attractive design that would be competitive on the shelves. THE Pound Branding co-created the packaging with Oka in a very collaborative way.

“Bruno came to us to develop packaging for this new line of juices, with characteristics a little more sophisticated than other Oka products. In researching the meaning of the name Oka, in addition to the reference to the indigenous dwelling, we saw that the word also means divine force. And this power of the divine force of the Amazon we brought to the product packaging,” says Berna Magalhães, Creative Director at Libra.

Another point highlighted by him in the creation process was to avoid being a purist in his approach to the Amazon, fleeing from a more crude and inhospitable representation: “We wanted to demonstrate each species the way it is, with the uniqueness of the strength it has. In each package we represent the tree, identified by the fruit. We made a study of leaves, branches, the fruits themselves, and this resulted in a unique visual and chromatic composition. We also incorporated in each package a scene that illustrates the extraction, processing or transport of these fruits. The relationship of the fruit with our culture, with the routine of those who harvest the açaí, the one who pulps the cupuaçu and the transport of the taperebá. So that people would know a little about the trajectory of this fruit until it became juice”, adds Berna.

When everything was resolved in terms of packaging, it was time to choose the producer of the cans. Oka closed with Ball, which will manufacture the cans for the first sale of the line Juices from the Amazon.

In early August, Bruno meets with buyers and distributors in São Paulo to adjust the arrival of 45,000 cans of açaí juice in the Southeast – cupuaçu and taperebá juices should arrive in November and December, respectively.

Oka is already preparing two other flavors, which will be available in 2021: cocoa and bacuri. Cocoa juice will be produced in partnership with Andor Fruit, in Uruará (PA), and bacuri juice with Fazenda Bacuri, in Augusto Corrêa (PA), managed by a female leader in the region.

According to Bruno, the line Juices from the Amazon must contribute to the social development of more than 200 families in the municipalities of Augusto Corrêa, Uruará and Terra Alta, all in the state of Pará.