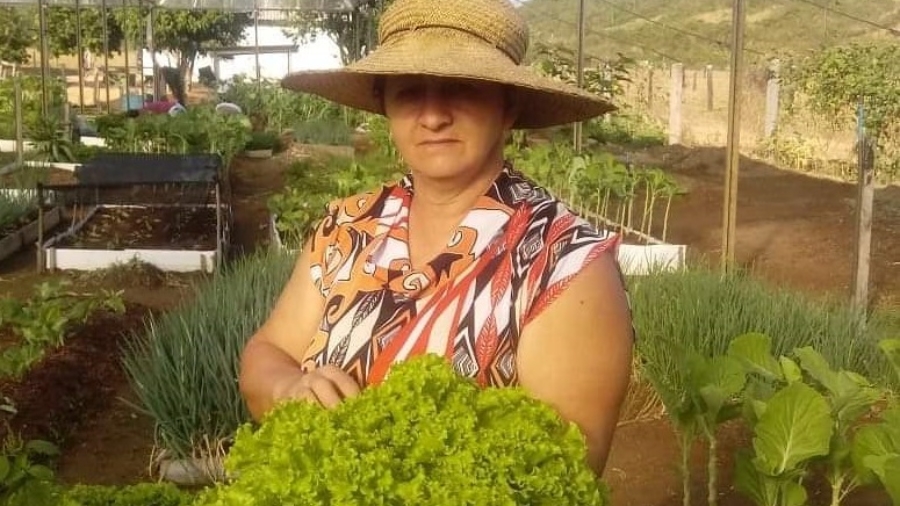 O Instituto Ouro Verde (IOV), in Alta Floresta, Mato Grosso, received a contribution of resources that will allow the expansion of the peasant agriculture fund of the Raiz Community Bank in 1100%. This means greater reach to support family farming in the northern region of the state.

Currently operating in eight municipalities, IOV began working with microcredit in 2012, based on funds originating from a project developed in partnership with the Avina Foundation. The initial R$ 50,000 began to be invested in three municipalities and the reach has been expanding since then, always focusing on the agroecological transition and on the process that includes everything from planting, processing and even marketing products.

With the new non-repayable fund from the University of Exeter, in England, and from the REM-MT Program, from Funbio (in which the IOV had approved the project “Peasant Agriculture Fund: articulating credit and marketing to strengthen family farming on the Amazon Portal”), it will be possible to reach a much larger number of male and female farmers.

Initially, the work will continue in the territories where IOV already works. And at this moment, preparing the communities for the new phase of the fund, the Institute has been circulating through the municipalities and sharing information about the expansion, credit lines and technical assistance.

Although the IOV manages the fund, administration is carried out jointly with rural communities through the CACs (Credit Analysis Committees), formed by at least three people from each community, on a voluntary basis.

Today, new CACs are being structured in the eight municipalities where the Institute operates. They are responsible for approving and monitoring the application of resources in the territory, with the assistance of the Institute. Thus, more than beneficiaries of the microcredit system, communities become co-managers of the fund. This is the general principle of the Root Bank.

“We had other investment opportunities in the fund, but we believe that it would be better to have a kind of incubation for the expansion, which we can do now with these two non-repayable contributions. In the future, depending on the execution, we are thinking about expanding the action, and who knows, working with more groups, perhaps from other Amazonian states, and opening it up to the participation of new investors, including individuals and companies ” assesses Andrezza Spexoto, from IOV.

In this new phase, the Raiz Community Bank, the trade name created for this IOV action, will offer individual or group credit. For male and female farmers, there are three lines in the values of R$ 5 thousand, R$ 10 thousand and R$ 15 thousand. For groups, which can be formal or informal groups, the limit is up to R$ 50 thousand.

The use of credit has to be related to productive aspects, and it can be used in the purchase of inputs, vehicles to take the production to fairs and other spaces, sales stalls, etc. In the case of collective loans, the resource can be used, for example, to purchase tractors and equipment for community use. Resources must always be related to agroecological practices and sustainable use of the forest.

Before, the technical assistance provided by IOV to farmers was not included in the credit, and the Institute took advantage of converging projects to marry the two ends. From now on, this amount will be included in the loan installments, which will bear interest of approximately 2% per month. This value was widely discussed with rural communities, in a transparent way, which is fundamental for the community management of the initiative.

Another change reported by Andrezza is the particular analysis of the circumstances of each case to formalize the loan in a more customized way. Before, there were general rules, and all loans were treated similarly in terms of terms and installments. In the new phase, a guideline is to look for ways to make this credit reach people who would never be able to access it otherwise.

“In family farming, which is very diverse, everyone has needs. But there are some who have never accessed and will continue not to access credit. We want to look at them too,” says Andrezza. "We do not compete with public policies such as Pronaf, for example, but we have an assessment that, both in this case and in the conventional credit system, farmers often do not have access, either because they do not have regularized land or because they do not have the warranties requested. We want to work with other mechanisms to prove that farmers are able to pay and are trustworthy in their communities. And we want to offer proposals that are affordable for family farming. ”

For that, the CACs are fundamental. In this new phase, ten CACs are being formed or improved in the eight municipalities where IOV operates. The first relationship with male and female farmers and their projects to advance credit release is a relationship of trust, based on community engagement. Issues such as participation in the community, firmness in carrying out projects are analyzed and, in this evaluation process, people need to get to know each other.

The credit released is patient, shaping the payment in accordance with each farmer's own cycles. It is possible to make this return monthly, in the case of those who receive fixed resources in the month, or even every three months in cases where farmers receive their main income during this period. This contributes to greater inclusion in the credit access process.

The requested resource will be released within 90 days, a very quick period compared to the credit policies of conventional banks, which can take a year or more.

“We have a roadmap to be checked with people to release credit – the ability to pay, project design and other indicators that will allow us to follow the process. And in this reformatting, our mentoring with the PPA Acceleration Program helped us a lot,” says Andrezza.

In this new stage, the initiative also has a partnership with EMPAER (Mato Grosso Research, Assistance and Rural Extension Company), rural extension agencies in the state of Mato Grosso and NAFA (Center for Research and Extension in Family Agriculture and Agroecology from the State University of Mato Grosso.

Through the Mentoring Program offered by the PPA Acceleration Program, the IOV had the guidance of Pedro Ananias Alves, from RC Microfinance, a national reference in the area of microcredit.

The process included adapting the bylaws to the activity of community banking, defining control mechanisms and management system, as well as business modeling and projections.

“The mentoring was very important to prepare us for this expansion. We are changing, for example, our bylaws. Today we are an association and we are going to become an OSCIP. The Central Bank recommends that the format for executing microcredit be this one. Pedro helped us to create a credit policy, general fund rules, transparency, to define a policy for future lenders and also to carry out an assessment of our credit lines,” analyzes Andrezza.

Another point defined from the mentoring was to carry out quarterly calls to select projects, which will help with organization and better control.