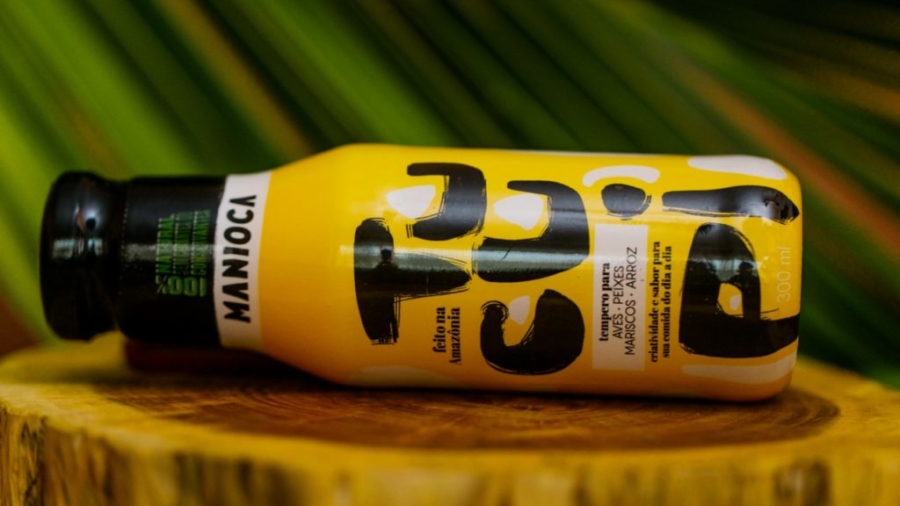 Manioca has just launched a version of Tucupi, a delicious northern broth, which invites Brazilians to use the ingredient as a seasoning for poultry, fish, seafood, rice and other foods.

One of the company's flagships, the Tucupi, already sold in 1 liter bottles, arrives to the public in a new 300ml package, ready to be used at home. With this, the brand inaugurates a new way to enjoy one of the most famous Brazilian ingredients: seasoning for everyday life.

In the Amazon, the broth is consumed as an integral part of dishes such as duck in tucupi and tacacá. Now, the idea is to spread the flavor across the country as a seasoning for poultry, fish, seafood, rice and whatever the imagination allows.

“Tucupi is an incredible product, 99% that people who taste the broth like. It has a very good acceptance and has the potential to be known and consumed around the world. With this in mind, we started to question ourselves about how to make this product common in Brazilians' lives. Stop being a delicacy for great chefs and become an essential spice in the kitchen of every Brazilian. As happened with the cheese bread, which was from Minas, and the açaí, which was from Pará, and now both are considered Brazilian products”, defines Joanna Martins, CEO of Manioca.

The company also recently launched the Sementes line, which offers cumaru, cocoa nibs, nuts and, soon, puxuri. And it started to market its products in Portugal.

2020 was dedicated to better understanding the business and possible paths. Seeking to understand the consumer's perspective, the company realized the desire for practicality and natural foods. Thus, the guideline emerged to make Amazonian products more accessible and simple, and at the same time maintain the appreciation of flavor. Solutions that are tasty, that do not harm your health and that are practical, all using and valuing the ingredients of the greatest biodiversity on the planet. This orientation is present in the new products that will be launched throughout this year.

The new products are now available to the consumer in the company's e-commerce.